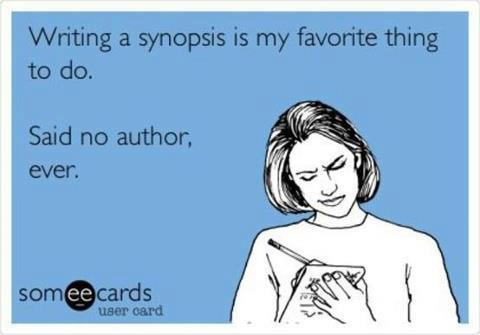 I think writing is probably very similar to other crafts in certain ways. You start out with passion and little or no actual knowledge. Through practice, study, more practice, more study, you follow the age-old path from apprentice to journeyman to initiate to (one hopes) mastery. It's a long process, and if you don't have a deep-rooted love for what you're doing, you may reach a certain point, you  may even start making some money, but then you'll probably either abandon it, stagnate, or worse, go backwards. I think the same could be said for a lot of things; sculpting, carpentry, sewing, painting, designing clothes ... in general, that learning curve is pretty much the same no matter what you're doing.

Writing's a labor of love. Somebody (I think it was Stephen King) once said you have to write like a million words before you write anything decent. I believe it. If you don't love writing, chances are you won't get that far. I have tons of notebooks and typewritten fanfic-ish pages about 80's heartthrobs and metal bands that literally make me wince when I read them now. But that was my learning ground. I very rarely wince at recent stuff, unless I find I went somewhere too personal with it. I may not love everything I'm doing now, but I don't have the urge to burn or delete that stuff either.

I guess every now and then you just level up.

There's a pretty wide chasm between theory and practice when it comes to a lot of the standard writing 'rules'. Write what you know. Show, don't tell. BIC. Raise the stakes. Kill your darlings. Conflict, conflict, conflict. Etc., etc. etc. You can know these things, and apply them, but that doesn't necessarily mean you're applying them right. At least not at first. Every now and then some piece of writing lore or some mantra or bit of advice you've heard a million times just clicks and hits home. And every now and then you figure something out for yourself.

I just figured something out for myself.

In the age-old bloody debate between outliners and brainstormers, I fall on the side of brainstormers, usually. (Everything I've done has had a different process -I wrote one thing backwards, for instance- but that's a whole other topic. It's safe to say I'm a brainstormer.) I'm not sure it's the best approach, as it frequently leads to me painting myself into corners, getting stuck, facepalming, etc.,  but for me writing to an outline takes the life out of it. I think that's one of those things that just falls under 'to each their own' and there is no right or wrong way - only the right way for the individual.

I have to finish up five queries and synopsis over the next week or so, including two for incomplete WIPs. Usually I never do any of that stuff until I am done. But hey, opportunity knocks, so here I am today, writing the dreaded synopsis for something I'm not quite finished with yet. I'm several drafts in and at 105k, so the bulk of it is behind me, but I've still got missing pieces, worldbuilding to do, and plot holes you could drive a truck through. In other words, what I have left on this are the kind of key points that may not mean a lot more work word-count wise, but need to be just right in order to tie everything together.

Did I mention I hate writing synopsis?

Guess what? The damned thing just helped me fill in a few key gaps and sort out some pacing and sequencing issues, and just moved me a helluva a lot closer to nailing the Final Battle.

The next time I find myself headdesking while I am a good portion of the way through a project  that's when I need to write the synop. Because then the crafty storybuilder advicey stuff that's soaked into my brain over the years will just fill in the gaps.

I'm pretty sure that somewhere out there some author already said that in an interview. I probably even read it. But it didn't click until I experienced it.

Suddenly I no longer hate writing a synopsis. Well, not as much anyway.

The other ghastly terror? There's a huge palmetto bug lurking somewhere in my apt. I'm sure at some point tonight my neighbors are going to hear a bloodcurdling scream coming from my apt. Sometimes I really really really really really hate living in Florida. Its wildlife is NOT OK. I HATE THOSE THINGS!!! Blech. Shudder.

I have a poem 'Persephone' up on the Spring Equinox issue of Eternal Haunted Summer. Happy Equinox, everyone.

“I dream my painting and I paint my dream.” - Vincent Van Gogh

I find it interesting to hear about what inspires different people. Some artists are inspired by people they meet, others perhaps may find a story in something historical, a news snippet or a real-life situation. Personally I am most inspired by music, art, history, and mythology. I love art, in all its shapes and forms. Granted, I consider black metal to be fine art, but I'm just as in love with ballet. I find stories in choreography, in songs, in photos, drawings, statues, you name it.

That's why I love movies like Samsara. I watched this the other night. I have its counterpart, Baraka, and I find them both fascinating. These movies are visual - no dialogue. But they are stunning. They step back and look at the human race as a whole, from huge metropolis to nooks and crannies of the world that most of us barely think about, and the resulting footage ranges from breathtaking to heartbreaking to just plain bizarre. I get the impression that these movies hold a mirror up to the human race as a whole and ask 'What have we become?' but that's my take. The films don't pound any points home or tell you what to think. What you walk away with depends on you, your mindset. That's brave, and I think it's key. These movies don't insult or undermine you by telling you what to think. It just makes you think.

I'm sure there are highly intelligent people that would be bored to tears by these movies, but I absolutely love them. And of course, having Lisa Gerrard and Dead Can Dance involved with the score makes them even more awesome.

The word samsara is defined as a cycle of birth, death and rebirth.

This part was probably one of the weirdest things I have ever seen.

One of the most striking shots ... caught between two worlds

Everybody has a story to tell ...

Wouldn't feel right to post about Samsara, the movie, without a footnote about Samsara Blues Experiment, the band. if you like Sabbathy-Hendrixy-Floydy-Blues-Metal, check them out.

I've decided to return to blogging. I'm moving over to wordpress, though I'll probably crosspost content for a while, at least.

Please leave a comment if you want me to add you to the blogroll. I've been following some of you for years; more than happy to add you

Youtube version of a letter written at the height of whaling in the 19th century. It was posted anonymously to the Honolulu Friend in 1850.

This is more for myself for research purposes, but I'm sharing in case anyone else finds it as compelling as I do. Did I mention I find it addicting?EDIT: Added linkage

Do your cats stare you down like this while you're working? Anyone remember the Busch Gardens Howl-O-Scream campaign from a few years ago with that crazy rocker chick named Sylvie? The one who kept chopping off people's fingers? The universe thought it appropriate that I should somehow end up with THAT guitar. Metal karma, I guess ...? So, here is a pic of my new axe. It came with a severed finger. Ugh. Spent a four day weekend not with friends, not being productive, but snug on the couch with tissues, tea, and Netflix. I usually have a Chuck-Norris-type-kick-ass immunity system that allows one virus/cold/flu a year in, and karate-chops the rest away. This year having been a bit more trying than most, in that I went through kidney stones, gum surgery, Mug Bug (evil flu that took out me and about 30 of my friends for a good ten days), gum surgery, gum surgery... my system has been recuperating from this, that and the other, and has pretty much told me it needs time to rebuild. Hence, I am sick.

The weekend wasn't a total waste. I doubt I am getting any writing done, but I am catching up, plotting, and have had my mind blown no less that three times in the last 24 hours.

Mindpoof one- The Mindscapes of Alan Moore, writer, shaman. I believe that there is a link between art and magic, between the mystic and the imagined. I think that is why I identify with the bardic tradition of druids. Alan Moore has some really interesting things to say. I've watched this documentary twice; I think it's one of those that will always offer something new.

Mindpoof two- Apparently there is a chance that Aleister Crowley, aka The Beast 666, aka The Wickedest Man on Earth, might be George W. Bush's grandfather. Yes, really. There's several sites that you can go to for info. http://www.abovetopsecret.com/forum/thread210810/pg1

Given that he has probably done this planet more damage than any single person, save perhaps Hitler ... interesting.


Pagan recipes for the holidays

Writing progresses, sometimes more smoothly than others. I am letting myself take a few Sundays here and there (such as today) to recharge and seek inspiration and insight rather than forcing the worlds. Ariadne, problem child, is sitting at 90k after some cuts. I have the rough shape, but there are pieces of the puzzle that need to come together. Dawn and LW are sitting, finished, simply because I am really good about putting off trying to sell them. Paler Bones of Midnight is officially cancelled, though I will probably at some point find a new home for it. As the Seas Turn Red is about two thirds done - I'm into the nitpicking phase, which could take weeks, months, or a year, depending on how much time I spend on it.

Work, social life, health ... these things stay in their boxes, and writing has its own. My social life is pretty much, um, metal. My writing is a different world, and work is separate than both.

I am going to Maine for Christmas :)